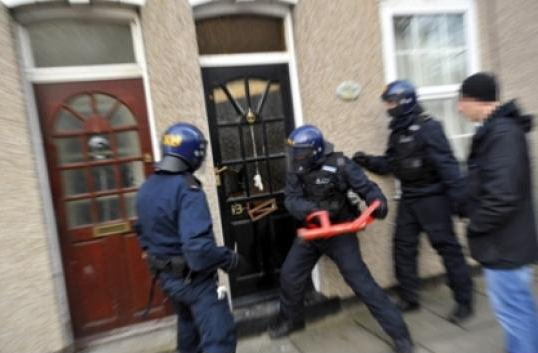 [Cambridge News] Rogue cyclists were “reluctant” to stop for police in Cambridge amid a week-long crime blitz during which a ketamine factory was raided.

Officers said some cyclists proved difficult to bring to a halt when they were spotted in the city centre flouting traffic laws.

One rider was stopped and searched and a small amount of cannabis was found on him – but his friend did not want to stop and was searched by police.

Officers discovered he was carrying a lock knife and both men were given a police caution.

Typical, typical, typical. I mean there’s no part of this story that takes me by surprise. Bicyclists feeling police? Nothing new there. Bicyclists carrying around illegal weapons? Yawn. Bicyclists possessing, doing, and distributing drugs? Wake me when something interesting happens.

I’ll give them a LITTLE credit for the ketamine factory. That’s some industrious stuff right there. Imagine if they could take the energy they use doing illegal shit and focus it on becoming productive members of society. They could probably save the American industrial sector singlehandedly. It’s just too bad that asking bicyclists to make even the smallest positive contribution to society is an impossible pipe dream. Still, as Don Quixote said, “to dream the impossible dream…”

Anyway, the factory bust really drives home how goddamn stupid these people are. They’ve got a whole factory cranking out illegal shit all day long, but absolutely no backup plan. Seriously, ONE GUY didn’t have a car they could jet out of there in? Their entire plan was to outrun the cops on their tenspeeds and threaten them with a pocketknife? I don’t claim to be any sort of criminal mastermind, but that seems like the sort of plan that a mental midget high on ketamine would come up with. Which I guess makes perfect sense.

1 Response to No Surprises Here, Just A Gang Of Sky-High, Knife-Wielding Bicyclists Resisting Arrest After A Ketamine Factory Bust