81-Year-Old Bicyclist Rides Past Airport, Promptly Gets Blown the Fuck Away by Jet Engine 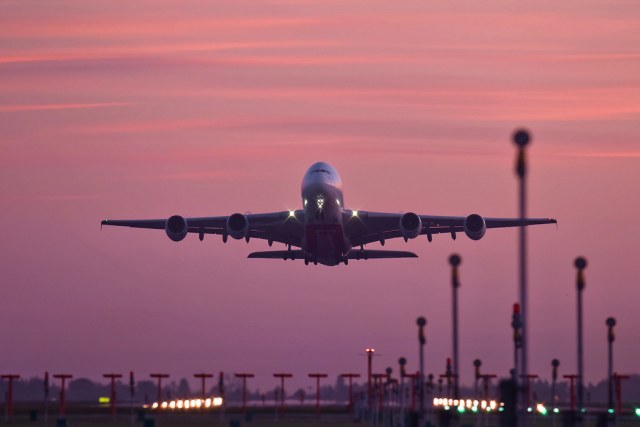 [Sacramento Bee] An 81-year-old bicyclist is suing San Luis Obispo Regional Airport and the county after he says he was blown off his recumbent bicycle by the engine blast of a departing jet.

A complaint filed in San Luis Obispo Superior Court Friday alleges that San Luis Obispo resident [name redacted] was one of a group of riders who were “struck forcefully by the blast from an aircraft preparing to depart from the southeastern corner of the runway apron of the SLO Airport.”

The lawsuit does not pinpoint precisely where the incident occurred, but it states that [name] was riding south with a group of 14 other cyclists on Highway 227 on June 13, 2018. While passing the airport, the lead group of about eight riders were “knocked onto the ground and into the roadway, in the way of oncoming traffic, by the jet engine blast, the complaint says.

The gust knocked [name], who was riding a recumbent bike, to the ground “and spun his body and bike 180 degrees and onto the pavement of Highway 227 into the southbound lane of traffic, causing him severe injuries and damaging his bike and property,” the lawsuit reads.

If you can envision an 81-year-old man being blasted off his bike and spun through the air by a goddamn jet engine WITHOUT laughing your ass off, congratulations: you’re a better person than me.

I would also be remiss if I didn’t call attention to the fact that this guy isn’t just riding any old bicycle. No, he’s riding a “recumbent” bicycle. If, like me, you were unaware of what a recumbent bicycle is, allow me to enlighten you: 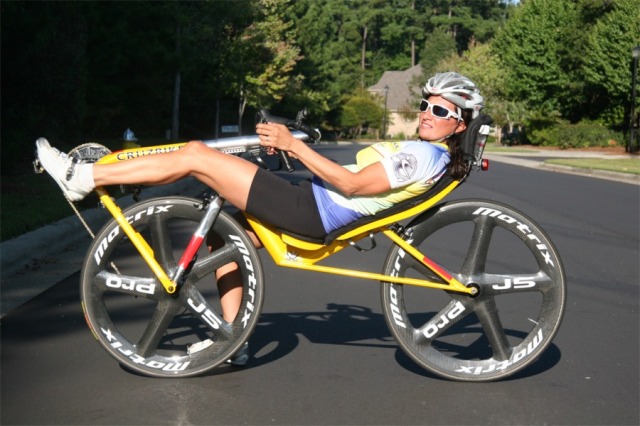 If you weren’t laughing before, you sure as hell better be now. It’s funny enough to imagine a regular bicyclist getting tossed around like Dorothy’s house in the tornado, but it’s even funnier to imagine it happening to someone in this weirdo Barcalounger contraption. Buddy…if you want to bicycle, go ahead and bicycle. I can’t stop you. But at least TRY to salvage a little dignity while you do it.

I know what you’re thinking. “Falco, you’ve told us time and time again: dignity isn’t in the bicyclist handbook.” You’re right. I’m right. But I just can’t stop myself from trying to help these poor bastards. If Darth Vader could be redeemed, there’s hope for all of us. I admit that, when it comes to bicyclists, it seems hopeless. But I can’t stop trying. I just care too much. It’s my burden, but I carry it so the rest of you don’t have to.

PS. I’m also entertained by the idea that this is just Mother Earth glaring down at this old man and saying “you spent 81 years pumping fossil fuels into my atmosphere and now that you’ve got one foot in the grave you care enough to start riding a bike? Enjoy the spin cycle, motherfucker.”

I hate bicyclists. My only regret is that I can't grow a beard.
View all posts by Falco →
This entry was posted in Mother Nature, Stupidity and tagged airport, bicycle, bicycles, bicyclist, bicyclists, bike, bikes, biking, cycling, cyclist, cyclists, injuries, lawsuits, stupid twats. Bookmark the permalink.