Stop Me If You’ve Heard This One Before: Bicyclist Arrested For Carrying Weed And (Wait For It) Meth 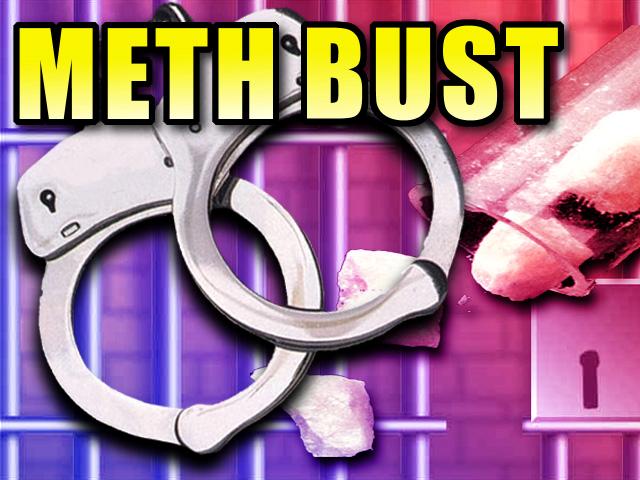 [Eastern Arizona Courier] SAFFORD — A bike without a light is not the greatest get-away vehicle — especially at night. According to a police report, the officer had just finished a traffic stop in the 400 block of U.S. Highway 70 at about 10:40 p.m. Thursday, when he noticed a bicyclist southbound on 3rd Avenue without a light as required by city code.

As the officer activated his emergency lights, the subject, later identified as Stuart York, 34, began to pedal faster in an apparent attempt to elude the officer. During the “chase,” the officer said he witnessed York toss what appeared to be a balled up piece of paper in the road. He then entered the parking lot on the east side of 283 W. U.S. Highway 70, lost control of the bike and fell to the ground, according to the report.

The officer was not far behind and soon began to give verbal commands at gunpoint. York was then taken into custody. He said he fled from the officer because he didn’t want to be caught in possession of marijuana.

The bag York allegedly threw was later recovered and was found to contain a usable amount of marijuana and a plastic wrapper containing a substance that field-tested positive for methamphetamine. A broken glass pipe commonly used to smoke drugs was also confiscated.

I love this bicyclist’s game. Don’t like it. LOVE it.

Have you ever been caught in a lie? I’m talking like a really big lie where people are gonna be pissed at you. What happens when you get called out on it? Do you just give in? Do you just apologize? Do you throw yourself at their feet and beg their forgiveness for being such an asshole? No fucking chance! DENY, DENY, DENY, my friend!

This guy should teach classes on how to get out of shit. It didn’t work this time. I’ll give you that. But I absolutely love his thought process. Let’s break this down:

Okay Stuart, don’t panic, the cops are after you. But you’re on a bike! You can go places a car can’t. You can go faster than cops on foot. You can totally get away with this!

Okay, that didn’t work. They’re going to catch me. Let’s go with Plan B. Okay. Let me think. Ah! Got it! “Officer, officer, I give up! I’m sorry! I only ran because I didn’t want to you find the pot in my backpack!” Great job Stuart, great job, now they’ll respect you for being honest about the pot.

Shit, they found the meth. Okay. Okay. Don’t panic. Just don’t panic. We can still get out of this. Let’s try a little bit more honesty. This will be the second time I’ve told the truth, they’ll have to trust me now. “No no officers, that’s not mine. Okay, I DID do some meth like an hour ago. I did that. But that’s totally not mine.”

Doesn’t look like they believed me. Fuck. What now. What now. Shit. Okay! Got it. Everybody hates cops. Cops plant shit all the time, right? I’ll just accuse them of PLANTING the meth! Which the judge will HAVE to believe because I already told the truth twice now! It’s foolproof! STUART, YOU GENIUS!

Love this guy. He doubled down on about half a dozen different lies and never once blinked. I feel like the cops almost had to regret putting him in the back of the squad car. Hell, I’m not even sure I want him arrested and I run a fucking blog about hating bicyclists. Because as much as I’d like to call this guy a typical bicyclist (and let’s be honest, the typical bicyclist is a meth addicted psychopath), I think the typical bicyclist absolutely lacks the mental gymnastic ability of this guy. What are you even doing on a bike dude? Hop off the banana seat and join the space program. If there’s one thing I hate to see it’s wasted potential.