Bicyclist Tries To Rob Bank, Which Goes About As Well As Can Be Expected 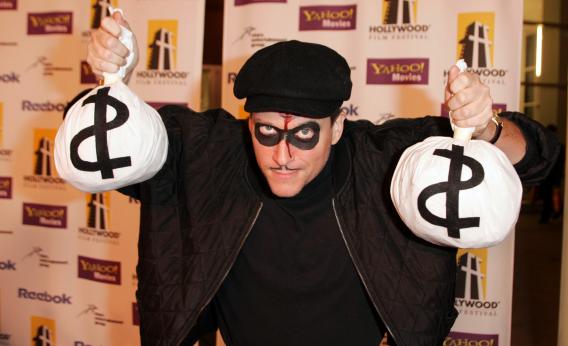 St. Croix Police Chief James Parris said shortly after the robbery that the lone gunman – now identified by police as Gilberto Serrano, 27, of Estate Queens Quarters – went into the bank and approached one of the tellers and demanded money as he brandished a firearm.

Parris said a teller turned over an undisclosed amount of cash and Serrano left the bank.

Witnesses in the area reported to police that Serrano was seen heading east, riding away from the bank on a bicycle with a handgun in one hand and a money bag in the other hand. He traveled through the Sunny Isles Annex parking lot, continuing north on Bennie Benjamin Drive.

You know those heist movies like Ocean’s 11 where they meticulously plan the score and every step of the process has to go absolutely perfectly? This is pretty much the exact opposite of that. I mean there’s tricking the bank into loading an armored car full of their own money and getting away before the authorities are ever notified, and then there’s riding off on your bike with a bag of money in one hand and a gun in the other like you’re some sort of generic Grand Theft Auto knockoff.

Honestly what was the plan here? Was this dude just riding past the bank when he suddenly went “you know what I could use? Some money.” Although I AM sort of impressed. Dude has both hands occupied with the gun and the bag of money. Obviously those two things are essential parts of a bank robbery. Can’t sacrifice either one for a free hand. So he’s just cruising down the street riding with no hands. Basically genius.

Only downside I can see is trying to play it off when the cops find you. Like oh no, a bank got robbed near here? No way! That’s so scary guys, I hope you find the guy. Oh this gun? No I was just on my way to the shooting range. And obviously I have a bag of money, that place is expensive. NBD officers. I’ll just be on my way now.