Bicyclist Somehow Manages To Pedal Into Four Feet Of Mud Without Noticing, Promptly Gets Stuck For Four Hours 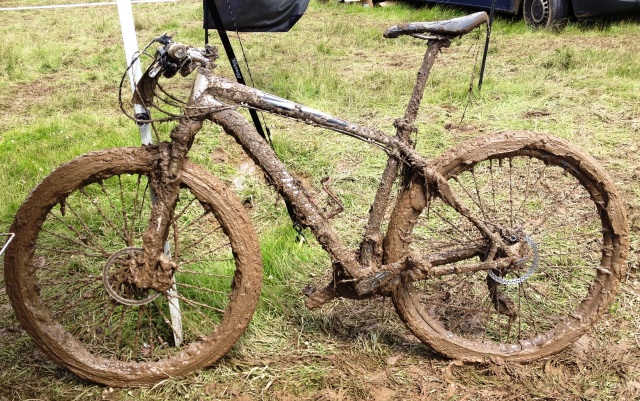 [Pattaya Mail] A German bicyclist spent three hours in a muddy ditch at the Mabprachan Reservoir before being pulled out by rescuers.

Wolf Minderjahn, 69, drove into the ditch on his mountain bike after getting separated from a friend in an unfamiliar part of the reservoir Sept. 17. The rider was unable to extricate himself from the meter-deep mud.

Minderjahn said he was stuck in the ditch for nearly three hours until his friend found him and called police.

It took five men about an hour to wade through a 50-meter track of mud in their bare feet to reach the stranded cyclist. Using ropes and a stretcher, they eventually rescued both the German and his 100,000 baht bike.

I’ll start by saying that I’ve been stuck in the mud before. It’s happened to me. One time I was climbing a mountain, and I didn’t notice how washed out the trail ahead of me was, and I stepped right into the mud. Squelch. That’s the noise it made as my shoe sunk about eight inches into the mud and refused to come out. I lost a shoe that day. It was claimed by Mother Nature and there’s nothing to be done about it.

But I like to think that I would have noticed before taking another step. And then another, and another, and another. Or however many steps it took for me to be tits-fucking-deep in mud. How is this even POSSIBLE? Even if you accidentally ride into the mud (it happens!), how does it take you until the mud is up to your chin to go “wait, I think something might be wrong.”

I mean read that shit. Go on, read it again. It took FIVE PEOPLE a fucking HOUR to get anywhere close to this motherfucker! Although on second thought maybe I should be giving this dude credit. The guy clearly has calves of STEEL to pedal that far through the viscous muck. But even with that being the case, if you’re going to spend 100,000 baht (that’s $3,195 in real people dollars) on a goddamn bike, maybe you should be a little more fucking careful with it. Frankly you’re just lucky it wasn’t one of these reservoirs: 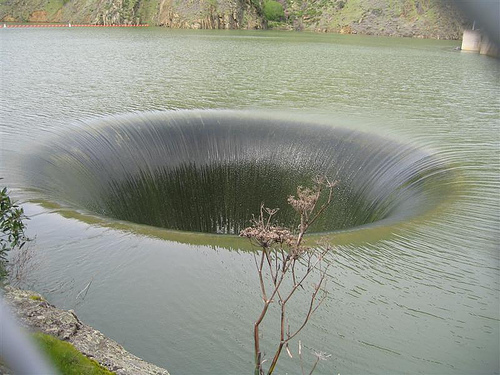