Another Species Heard From: Wolves Hate Bicyclists Too 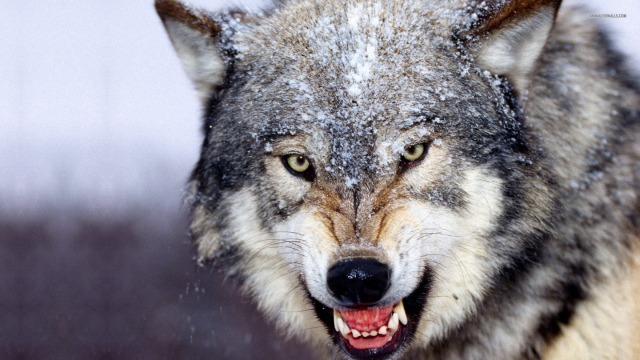 [Spokesman-Review] Growing up in the Yukon, Melanie Klassen had seen numerous bicycle tourists pedaling the Alaska Highway, but never one with a canine companion running behind him.

“I thought it was odd until I saw the panicked look on the biker’s face – as though he was about to be eaten,” she said in a telephone interview.

Rise up, animal kingdom! I’ve said it before and I’ll say it again: even nature knows that bicyclists are just the absolute worst. Kinda sucks that this bicyclist had to get caught in the middle of it, because if there was ever any place where it’s generally safe to bike without worrying about running red lights and blocking traffic, it’s probably Alaska. But hey that’s just how it goes. When you choose your side, you choose your side. Mother nature doesn’t care where you are when she catches up to you. You’re either with us or you’re against us, and if you’re with the bicyclists you’re 100% against us.

I hate bicyclists. My only regret is that I can't grow a beard.
View all posts by Falco →
This entry was posted in Animals and tagged Alaska, bicycle, bicyclist, bike, biker, bikes, biking, cycling, cyclist, darwinism, mother nature, natural selection, nature, rise up animal kingdom, road warrior, the earth protects itself. Bookmark the permalink.