I Bet You Thought Those Inflatable Bike Helmets Were Pretty Stupid, Didn’t You? Well Guess What, You Were Right! 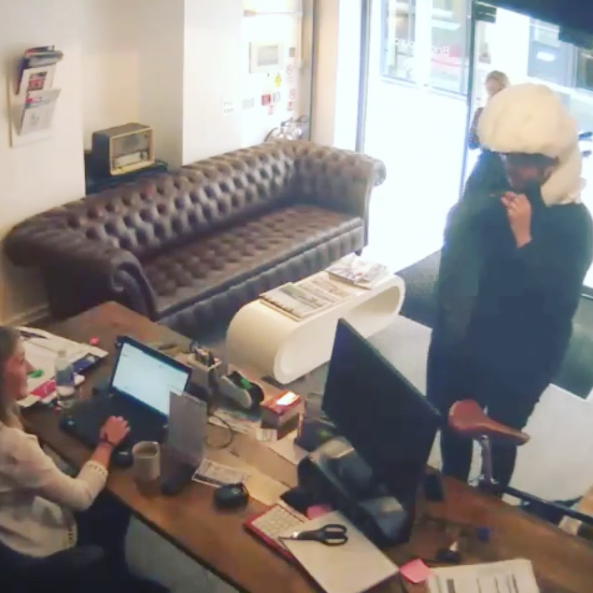 [Cycling Weekly – Link to Instagram Video] True to the claim that the helmet will deploy at speed, this one went off as a man put on his coat in a shop. The Hövding Airbag helmet was released to much speculation earlier this year, with many questioning if it was the solution for those not wanting to wear a conventional bicycle helmet.

“Hövding should only be activated when you are cycling,” said Anna Katarina Skogh, Hövding’s Marketing Director, in response to the jacket activated helmet.

“The cyclist in the film unfortunately had it activated also off the bike. His movements are related to movements your body does during an accident. Hence the inflation. The Hövding acted correctly, assuming the cyclist was on a bike given its activation. Shortly after the inflation we helped him with a replacement so he could continue enjoying the superior protection Hövding offers while cycling.”

Hey, remember those inflatable helmet airbags that bicyclists started strapping to their heads way back in 2012? I bet you thought those were pretty stupid right? Well it turns out you were right!

Just because I really like having the opportunity to pat myself on the back, let’s take a look at what I wrote way back in 2012, when these monstrosities first began to appear at the lunatic fringe of the bicycling internet:

I love that the “trigger mechanism is controlled by sensors which pick up the abnormal movements of a bicyclist.” I can’t wait for the first douchebag bicyclist to lean forward to flip off a motorist and wind up flipped over the handlebars trying to claw the plastic off his face before he fucking suffocates.

Well hot damn! I’m not gonna claim to be 100% right on this one, but I’d say I came pretty fucking close to nailing it. This guy is just lucky he wasn’t actually on his bike when this thing went off or the shock would surely have sent him careening into traffic. That is, if he wasn’t already right in the middle of traffic, which, for a bicyclist dumb enough to wear one of these inflatable deathtraps, is admittedly a pretty big “if.”

I mean can you imagine being the sort of person willing to wear a compressed plastic bag that could inflate over your face at any time? I’ll give them this at least: the “helmet” appeared in the right place. I would have bet quite a bit of money against that, so at least they got that part right. But uh, having this thing explode into action anytime you move your arms a little bit to put your jacket on seems like kind of a problem, no? I love this quote:

His movements are related to movements your body does during an accident. Hence the inflation.

Right, because usually when someone is in the middle of a horrific bike accident, the first thing they do is put on their jacket. A+ job on the movement detection there, guys!

PS. “The Hövding acted correctly, assuming the cyclist was on a bike given its activation.” Oh, so not correctly at all, then.

2 Responses to I Bet You Thought Those Inflatable Bike Helmets Were Pretty Stupid, Didn’t You? Well Guess What, You Were Right!