I’ve Always Known That Bicyclists Are Disgusting, Filth-Spewing Piss Monsters, And Now I Have Video Proof 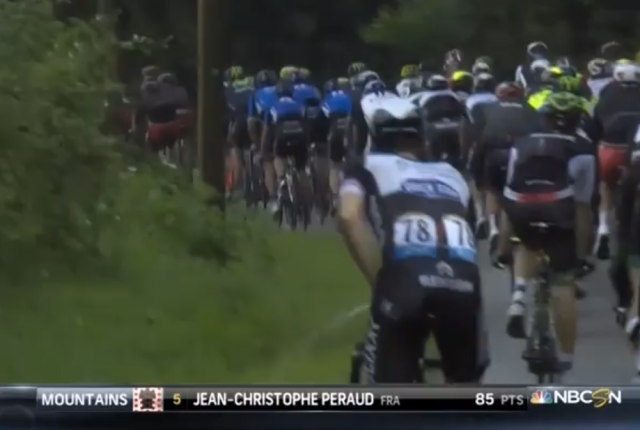 [Deadspin] This is a thing that distance bike riders do all the time, but rarely are we lucky enough to catch the magic that is the mid-race piss on camera.

Well this is just despicable. I wish I could say I’m surprised, but I can’t. In fact I guess the only good part of this is that it’s in France instead of here in America. But I’m not foolish enough to believe that bicyclists in America aren’t doing the same damn thing. And they’re only getting bolder. Those of us with clear eyes and a modicum of foresight can see that it’s only a matter of time before bicyclists in America patrol the streets of every city in the country completely undaunted, exposed dongs flapping in the breeze like fleshy pirate flags, dousing our roadways with their vile nectar of anarchy in broad daylight. Is that the America you want your children to grow up in? It’s certainly not the America I dream of. But until these disgusting pedalheads can get their bodily functions under control, it’s the reality we all live in.

3 Responses to I’ve Always Known That Bicyclists Are Disgusting, Filth-Spewing Piss Monsters, And Now I Have Video Proof