NYC Bicyclists Finally Have A Pro-Bicycling Candidate For Mayor, Promptly Attempt To Run Him The Fuck Over 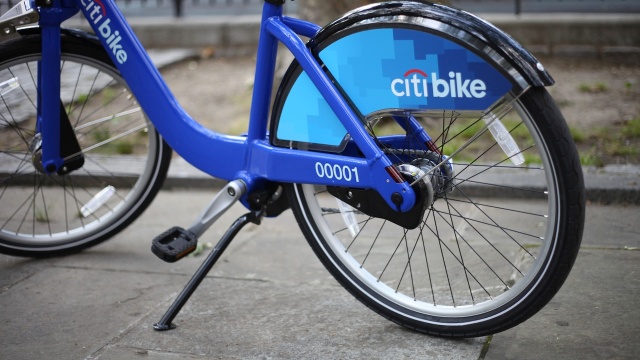 The mayoral front-runner was leaving a union rally near City Hall Park in lower Manhattan when he stepped into the bike lane on Broadway to get to his car and nearly collided with a woman cycling south on Broadway.

The Citi Biker braked and he backed up, narrowly avoiding a smashup. De Blasio seemed unfazed. He and the woman carried on in opposite directions.

In rare instance of accord with Mayor Bloomberg, De Blasio has said that he would like to expand cycling in the city. He wants to grow the Citi Bike network to include more stations, and wants to add more bike lanes.

It’s one of those rare days: I genuinely don’t know whose side to take on this one. On the one hand, trying to run over a mayoral candidate is about as bicyclist as it gets. On the other hand, this is a candidate who is openly campaigning to allow bicyclists to completely take over the city, so I guess he pretty much got what was coming to him, right?

I mean if this guy doesn’t immediately turn around and launch a scathing anti-bicyclist campaign, then he truly has no soul. I know politicians are completely sheltered from everyday life. They have no idea about the atrocities that the rest of us watch bicyclists commit day in and day out. So in a way I can’t really blame the guy for being pro-bicyclist. What does he know? He’s no worse than all the academics who praised the Soviet Union back when nobody knew what was going on behind the Iron Curtain. Basically the same thing. But now he knows. There’s no excuse. De Blasio has pulled back the Iron Curtain and gotten a firsthand glimpse at what the rest of us have to deal with every day. He can’t plead ignorance in the Bicycle War anymore. Like it not he’s on the front lines now. And he can either be George Washington or Benedict Arnold. Lead us to the promised land or lead us to perdition. The choice is his.

h/t to reader Goon for the story