[RealClearPolitics] DONALD TRUMP: How would you like to be Israel right now? They relied on us. They’re a voice of sanity. They’re great people. And we have a deal that is so incompetent, so bad. Think of the deal. We make a deal, our chief negotiator goes into a bicycle race at 73 years old, he falls he breaks his leg. That was the good part of our deal. That was the only thing that happened. No, think about it. I told people last week. I swear to you I will never ever ride a bicycle, at least in a race, but I won’t ride one anyway.

This is a real tough one for me. On the one hand, Donald Trump is clearly a lunatic. On the other hand, we at the Anti-Bicyclist lobby haven’t had a candidate we can truly rally around since FDR, and that’s pretty much only because he was physically incapable of riding a bicycle. I mean, let’s take a look at our most recent presidents, shall we? 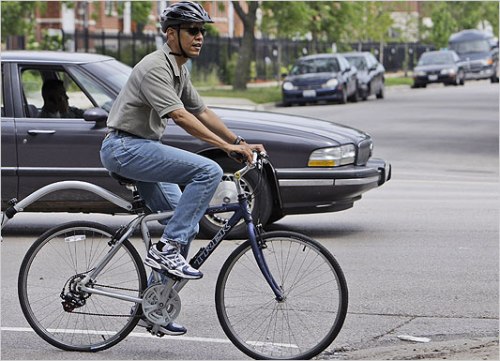 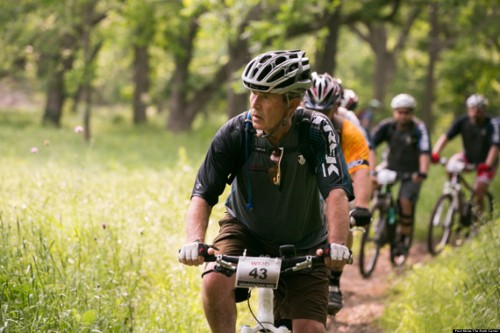 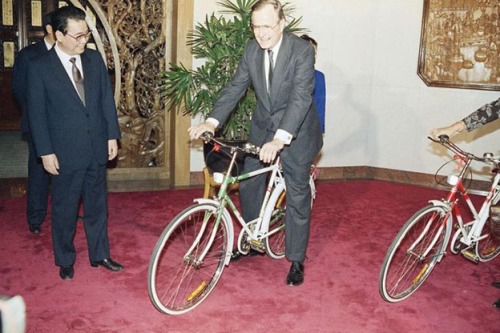 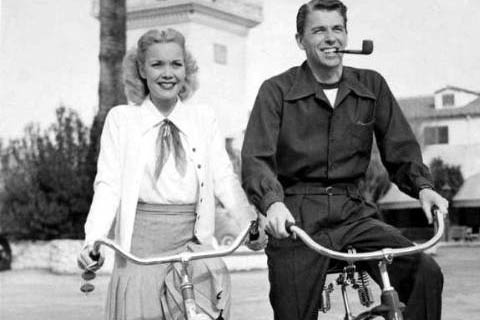 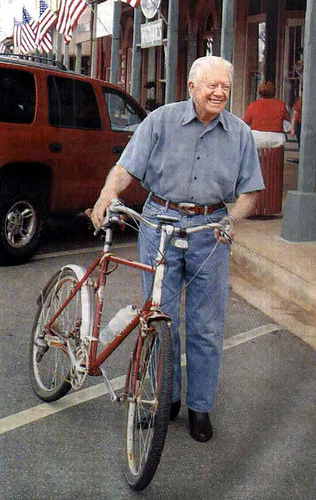 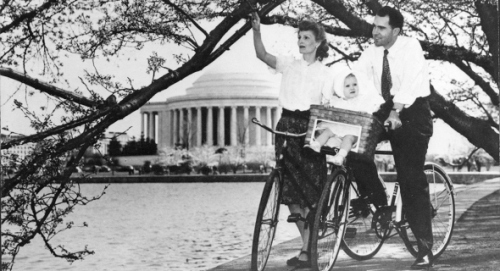 All the way back to Nixon! And I could go further! But the thought of seeing Grover Cleveland on a penny-farthing bicycle is enough to make me want to puke my guts out.

So you understand my dilemma. While I don’t at all like the thought of endorsing someone as crude and possibly insane as Donald Trump, I also feel like we’ve had an unbroken run of bicyclist presidents running basically back to the day that infernal contraption was invented. Isn’t it about time we did something about that? Isn’t it about time we had a President who will stand up to these pedal jockeys? Isn’t it about time we elected a man who isn’t afraid to grab them by their spandex waistlines, tell them “enough is enough,” and dish out the wedgie of justice?

Listen, I’m not endorsing Donald Trump. But I’m definitely making eyes at him across the room. I have a sneaking suspicion that if you read between the lines in the book of Revelation, Donald Trump is probably mentioned pretty prominently. But apocalypse be damned, he’s one “Donald Trump Dynamites Bike Rack Outside Trump Tower” headline away from me being fully in the tank for him.

PS. Yeah apparently that really is little baby Gerald Ford. Whatever. I’ve always said youth is no excuse and I’m sure as hell not backing down now.