Get A Load Of This Fucking Douchebag 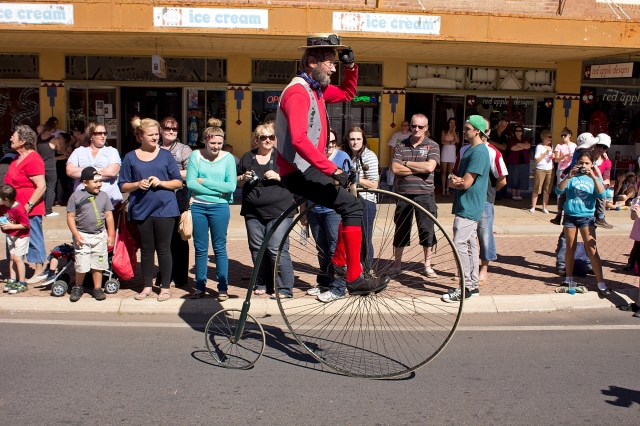 [Worcester News] A KEEN cyclist has made the epic fund-raising journey from Land’s End to John O’ Groats — on a penny-farthing.

Dave Preece, who lives off Bath Road in Worcester, set out on the 970 mile journey with friend Mike Davies on April 18 and returned on Saturday. ….

“It was incredibly tough. Riding a penny-farthing is difficult anyway because you really have to pedal harder while keeping the handlebars in control and there are no brakes to speak of. So you have to get off and push when going down or up hills, and it is scary riding in traffic.”

First off, and I honestly can’t believe I even have to say this, if you’re riding a penny-farthing bicycle and it isn’t 1912, you are a fucking asshole. That’s really all there is to it. You are a hipster douchebag and everyone who sees you ride down the street on your towering monstrosity hates your fucking guts. Just know that.

Secondly (and most importantly), I love that little bolded section up there. Absolutely love it. “It’s really scary riding in traffic on my 8-foot-tall vehicular death trap with no brakes!” I know bicyclists don’t have any self-awareness, but that’s pretty great even for them. It’s just such a perfect, vintage bicyclist quote. These same people who regularly complain that the streets aren’t safe for bicyclists are perfectly willing to teeter unsteadily over speeding traffic on a demonic contraption with no brakes. Ah yes, truly you are doing your part to make the streets safer for all of us!

Now, I’d be remiss if I didn’t mention that the guy made this ride for charity, and I do commend him for raising a bunch of whatever play money the British are using these days for deaf kids. I do. But when your chosen fundraising method is riding across the country on a brakeless death machine, something tells me you’re a little more concerned with making a spectacle of yourself than you are with whatever foundation you’re claiming to support. I’m pretty sure weaving in and out of traffic on a vehicle that hasn’t been en vogue since the roaring 20’s and putting countless other people in danger is more about you than anyone else.

Call it a hunch. Call me a naysayer. But I’ve seen this move too many times to not recognize it as coming straight out of the bicyclist playbook. There are many worthy charities that need our support, and many deserving causes that we should champion. But if it comes at the cost of our streets being overrun with hipster douchebags riding penny-farthing bicycles, is it really worth it? I don’t know. I’m just a simple man. I can’t make these decisions for all of us. I’m just here to start the conversation so that we might have an answer before the penny-farthing reckoning is upon us.

4 Responses to Get A Load Of This Fucking Douchebag