You Guessed It: Bicyclists Just Exposing Themselves to Random Passersby Now 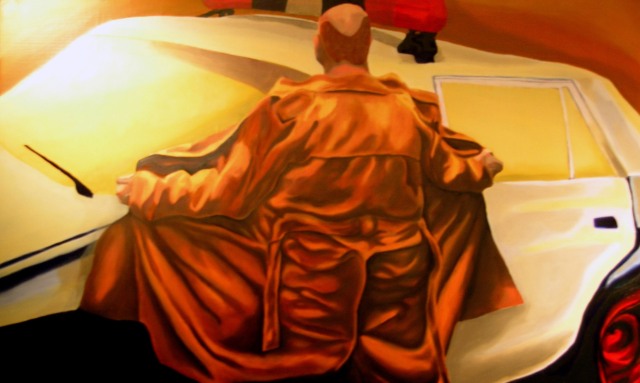 WITNESSES who may have seen a cyclist exposed himself in Sleaford are being urged to come forward.

At around 1.15pm on Saturday July 30, a man revealed himself to a passenger in a car travelling down London Road by the Southfields junction near the Sleaford Cricket Club turn-off. The flasher’s bike was leaning behind him on a nearby tree.

Police are urging anyone who witnessed a male, riding a cycle wearing cargo pants and cycle helmet hanging around the area at this time to call PC Keith McLardy on 101, quoting incident number 170 of July 30. [Sleaford Standard]

Now I’m not going to lie. When I saw the headline of this article, I was prepared to be impressed. I mean, it’s kind of a feat to be able to expose yourself while riding a bicycle. Takes more than a little preparation. Do you just ride around in a trench coat? Seems like you wouldn’t take anyone by surprise that way. But any other way just seems too complicated to do from the seat of a bike.

Then I read the article. Really, bro? You’re just chilling next to the road? Not even on your bike? Dude is the laziest flasher of all time. Zero out of ten. NO POINTS. If you wanna impress someone you gotta put some fucking effort in. But really this all makes sense. I mean every single bicyclist is just out there in your face about how they’re so environmentally conscious, and their carbon footprint is zero. They just want attention. This guy is just the next logical step. I don’t support it. But I ain’t surprised by it, either.

I hate bicyclists. My only regret is that I can't grow a beard.
View all posts by Falco →
This entry was posted in Criminals and tagged bicycle, bicyclist, bike, biker, biking, convict scum, perverts, vagabonds. Bookmark the permalink.