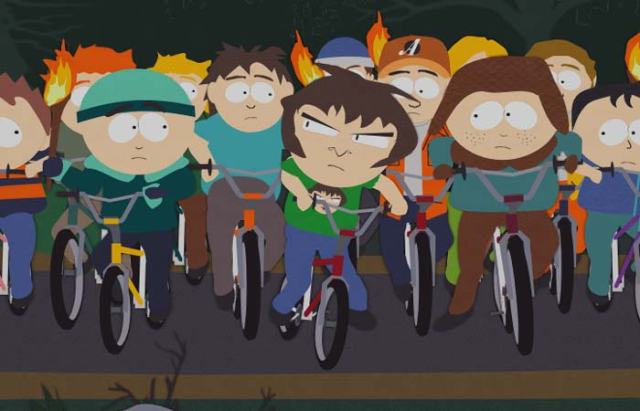 TEWKSBURY TWP. – A group of cyclists allegedly surrounded and attacked a vehicle Sunday after the driver, a 20-year-old woman, honked at them to move out of the way, police reported.

An officer was dispatched to Rockaway Road and Water Street in the Mountainville section of Tewksbury at about 10:30 a.m. Sunday, July 29, where he met a 20-year-old victim who was visibly shaken up and crying, officials said.

The woman reportedly told the officer that while driving west on Rockaway Road toward Mountainville she came upon a pack of cyclists who were riding spread out across the road.  She traveled behind them for a period of time, then tapped her horn to pass, she told police.

The cyclists allegedly stopped, surrounded her car and started smacking her hood and the side of the vehicle while yelling obscenities and making obscene gestures, and one cyclist reportedly broke the rear view mirror.

Police said the bikers left numerous greasy hand prints  on the hood and side of the woman’s car along with a slight dent on the passenger side door.

Hey you 20-year-old bitch! Share the road! You can’t just go forcing bicyclists off the road! They have a right to defend themselves! Oh wait what’s that? They were blocking the entire road and she only honked to alert them to her presence after politely giving them the opportunity to make room for her first? Oh well this is barely even news then.

You know what really kills me about bicyclists? They are the biggest pussies in the entire world, yet they seem completely oblivious of the fact that cars can literally kill them. Seriously. They “surrounded” her car and started beating it? So that means that if she had just stepped on the gas, at least one of these disgusting shitstains on the trousers of humanity was gonna die. That’s just a fact. Only possible reason they did it was because they figured a 20-year-old girl wasn’t going to have the stones. Typical bicyclists: be passive aggressive fucksticks 99% of the time, but the 1% of the time you find someone weaker than you, UNLEASH THE DRAGON.

I hope this lady takes a shard of glass from her broken mirror and hunts them down one by one, Jaws 4 style.

I hate bicyclists. My only regret is that I can't grow a beard.
View all posts by Falco →
This entry was posted in Criminals and tagged bicycle, bicyclist, bike, biker, biking, convict scum, road warrior. Bookmark the permalink.