If You Rode One Of These Bikes At Burning Man, Just Know That I Hate You More Than Any Other Human Being On The Planet 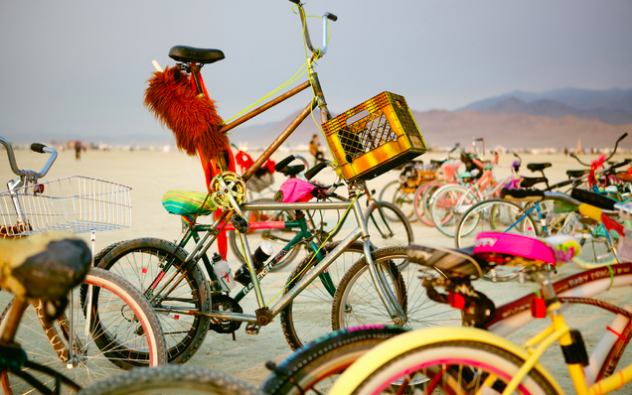 [Dodge and Burn] Burning Man: Bikes. Burning Man is overwhelming and impossible to describe in one post.

So today one of Gawker’s blogs published a massive photoblog of bikes seen at Burning Man this year and, just, holy shit. I mean obviously the people attending Burning Man are some of the most godawful, unforgivably useless dregs of society. So it comes as no surprise that a shitload of them would be bicyclists. In fact if I had to guess I’d put the number somewhere around 700% of people at Burning Man being bicyclists.

But even I am blown away at the pure douchebaggery on display here. These aren’t just your typical spandex wearing, traffic blocking helmetcammers. These are people who would have been left out on a hot rock to die if they had been born in the Middle Ages.

I’m not going to post all of the pictures here because I don’t feel like getting sued, but click that link up there and just scroll through article. I know we supposedly live in a tolerant and accepting time, but there’s no way any of these peoples’ parents can possibly see these pictures and NOT wish they had fed their kid to a pack of wolves, right? If I ever have a kid and I see him pop up in a picture at Burning Man riding a bike with poof balls dangling off it for 20 feet in either direction, keep your eyes peeled in the newspapers for a murder/suicide.

1 Response to If You Rode One Of These Bikes At Burning Man, Just Know That I Hate You More Than Any Other Human Being On The Planet